The CAT is published in the following countries:

” Kerin, we consider that the work you are doing continuing your father’s legacy is very important for Psychology and specifically for Psychological Assessment around the world. The tests published by you bring very important contributions to all professionals who use them and to the people who benefit from the results. We thank you for all the dedication and all the work you do. We are also very grateful to have you and CPS as partners.”
Vector Editora, Brazil – 8/2022

Kerin, your extremely practical, and it really shows in all your work
Dr. David Abrams

VIEW 4 MIN CLIP ON THE C.A.T. AND AUTISM

T.A.T. / S.A.T. (Gerontological Psychology is a rising field) Each test enhances the other!

Clinical Psychologist and Expert in the CAT

This test is both practical and wonderfully innovative. This B.A.T. will truly help the examiner enable more precisely into how a patient feels and thinks!

Our C.A.T.-A are now available in vibrant colors, making it easier and quicker for young children to relate to!

Publishing Date To Be Announced!

Kerin, your extremely practical, and it really shows in all your work,

Dr. David Abrams
Autism- Outline "The CAT can be used by professors along with training slides with a classroom presentation with the Director of Training in counseling, school and clinical psychology at graduate schools. Educational material can help with the support of a professor and student. As a professor I showed the CAT to my research class and I explained it can be an example of qualitative research. I will also share it with my ABA program".

Dr. Lopez - Clinical psychologist and neurologist - California
Autism
The Kangaroo Complex is an excellent concept for the CAT.

Dr. Pamela Hays - Specialist
CAT A COLOR
"The C.A.T. -A color is more “child friendly” than the C.A.T. -A monochrome." - Dr. David Abrams (co-author of the TAT, CAT and SAT in Clinical Use)
Autism
"Our customer informed: the children were attracted to C.A.T-A and cause more reaction" - Emily - Unifacmanu Trading Co, Taipei, Taiwan
CAT A COLOR
"I like the C.A.T. -A in color, because I apply psychodynamic interpretation to examinee responses. I use it in various situations. I plan to continue using the C.P.S. projective tools with examinees who (a) are likely to have emotional problems and (b) are reticent to articulate." - Dr. D. Psy.D., Claremont, CA
CAT A COLOR
"The addition of color to the C.A.T.-A provides a useful update to this important test. The use of color should promote greater engagement of children in the assessment. In addition, including color in the test stimuli has the potential to open up avenues for analysis of structural features of examinees' responses." - Marc J. Diener, Ph.D., Ass't Professor - Clinical Psychology Doctoral Program Long Island University - CW Post Campus - January 2013
Autism
"The C.A.T. can be used effectively by forensic psychologists for custody cases and for criminal cases such as in sexual abuse." - Dr Andrea Birdsall, Edinburgh -UK
Previous
Next

Newest Article Click Here:
The Sky is the Limit: Autism Lights Up the World!

Synopsis Of The Kangaroo Complex Film

This exquisite 53 minute film documents on how the CAT helps 4 single parent mothers identify with their lives based on the cards they chose to reflect upon based on the C.A.T. As with a kangaroo, it’s mom, eventually sees the baby come out of it’s pouch and live an independent life.

Since this film in 2014, was produced by a psychologist, much has changed. Now, in the last several years, companies such as Microsoft, Ernst and Young, and others recognize the brilliance some have with the Autistic Spectrum. This includes memory and tremendous imagination. This has led to one of the companies employing someone who created from NASA’s Kepler Telescope, an interactive software program called the Filtergraph, an instrument, which NASA licensed from that company.

Other developments such as the Frist Center for Autism and Innovation opened up at Vanderbilt University.
Groundbreaking research is done there where scientists and others develop tools and technology to transform the workplace for people on the autistic spectrum. CBS did a segment in 2021 on Autism with Anderson Cooper as the interviewer, offering much inspirational hope.

WANT TO TELL YOUR STORY?

The AATG (Autism Around the Globe) welcomes submissions of personal accounts of autism from anywhere in the world.  If you are an individual with autism, parent, caregiver, family member, or professional involved in your local autism community and would like to submit a short story for inclusion on their web site, we invite you to upload your story by clicking on the button Submit Your Story.

Kangaroo Complex is used worldwide to understand autism and the effects on family relations.

Use the CAT with the Kangaroo Complex DVD! 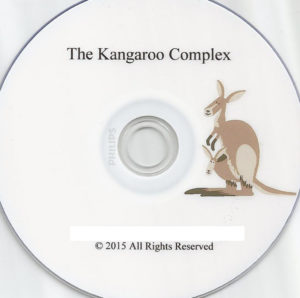 VIEW 4 MIN CLIP ON THE C.A.T. AND AUTISM 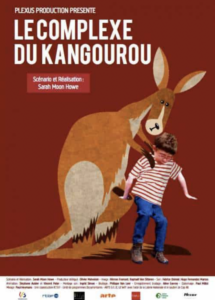 WHEN A BABY KANGAROO REACHES A CERTAIN MATURITY, IT LEAVES THE POCKET OF ITS MOTHER TO DISCOVER THE WORLD.

The 54-year-old golfer always felt like he did not quite fit in the world. After two and a half years, Mayfair is ready to speak publicly about his diagnosis.

Billy Mayfair pauses. “I’m a little bit nervous,” he says.
At 14, Mayfair was on the cover of Boys’ Life magazine next to a headline reading, HARD-HITTING JUNIOR GOLF CHAMP. At 32, he became the only person to beat Tiger Woods in a playoff on the PGA Tour. (Years later, Woods approached Mayfair’s breakfast table at an event. “Can I sit here?” he asked. “Because everyone else is afraid of me.”) Mayfair won five events, including the 1995 Tour Championship. He is 54; he has been talking to reporters for most of his life.

But he has never had a conversation quite like this one. In November 2019, shortly after a bizarre sequence led to his disqualification from the Champions Tour Invesco QQQ Championship, he underwent a battery of tests. The results confirmed what his wife, Tami, had long suspected, and what Billy had long denied: Mayfair has autism spectrum disorder. 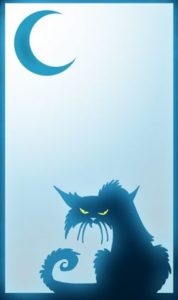 To view this episode of Young Sheldon on Pay Per View,
Please visit CBS All Access.

Our publications continue to make a difference worldwide – college libraries, graduate schools, psychologists, psychiatrists, social workers and many more use our products every day.  Take advantage of our DVD collection as teaching guides and our textbooks such as the C.A.T., T.A.T. and SA.T. for Clinical Use!